Set in an elegant setting, Baccarat is a glamorous game with flexible number limits, where you decide with whom you want to bet, Player or Banker? The winner is you who has the highest number or the number that is closest to number 9. In the Baccarat game, the smallest point is the number 0 where number 9 is the highest point.

Cards from numbers 2 to 9 will be judged according to the numbers listed, where the Ace card will be counted as one (1). The number card 10 and the pictorial card (King, Queen & Jack) will be counted to 0 as well as each combination of cards which when totaled to 10, the calculated value will be 0. In other words, the card combination is higher than the number 9 will lose the front number. To clarify, the following is an example of a basic calculation:


The number of cards used to play ranges from 1 to 8 decks, where the choice is absolute at the discretion of the host, House. Neither the Player nor the Banker can each draw a maximum of 3 cards.


The game starts with you, using chips in your hand, choose who you want to bet on, Player or Banker. The bet limit will be displayed on the gambling table.


a. Rules for drawing third cards on the side of Player:

b. Rules for withdrawing third cards on the Banker side.


Blackjack, also known as 21, is the most widely played game in the casino world. The object of this game is to get a card with a total value of 21 or close to number 21. Players are declared to win if the value of the card owned is higher than the Dealer.

The picture cards (King, Queen & Jack) are scored as 10, Ace as 1 or 11 depending on their use, where the rating is given according to the player's benefit. Other cards (2-9) will be calculated according to the nominal stated.

There is no limit in the number of cards taken when adding cards, as long as the total value of the card is not less than 12 and certainly does not exceed 21.

The game starts with you bet using chips in your hand. The bet limit will be displayed on the gambling table.

The number of values on the first two cards will determine whether the addition of the next card is required.

If on the first card House gets an Ace card, then the player will be given the option to take out "Insurance" with the intention of reducing the risk of the possibility of the House getting a "Blackjack" card.

When the amount of your card is above 12 and under 21, you can choose to "stay". After all the other players have taken their turn to add cards or choose to "stay", the next card will be given to House. Here, the minimum total value that House must have is 17 with a maximum total value that also does not exceed 21. Example calculation: 10 + 4 + 3 = 17 (then the House will stop adding cards).

Other information in the Blackjack Game

When the total value on both starter packs is equal to 21.

When the total value of the cards in hand is 21 (after the addition of cards).

The position of the "Blackjack" card is above "Soft 21".

When additional cards are needed.

When additional cards are not needed.

When both starter cards are twins / have the same value to each other (for example: 5 and 5), the game can split them into two parts so that they become 2 different handles and the number of bets placed in the new hand must be the same as the original bet.

Players must add a minimum of 1 and a maximum of 3 cards to each hand. Here, the Dealer will follow the player's "split" decision in adding cards before proceeding to give his next card to another player. But for players "split" with Ace cards, only given the opportunity to add 1 card.

Doubling or Double Down

Players can double the original bet if 2 starter cards or 2 cards on the "split" card that have a total equal to 9, 10 or 11 (there are no Ace or Blackjack cards inside). Doubling the original bet can be exemplified as follows: the player's original bet is 100,000, where the multiplied value is the same ie 100,000, then the total bet the player becomes 200,000.

After "Doubling", the player can only draw 1 card, regardless of the total value of the card held.

When the starter card that House gets is an Ace card, then the player has the option to take "insurance" against the House that has the chance to "Blackjack" (the maximum bet limit is half of the player's original bet).

If House does not get a "Blackjack", then "Insurance" will be considered a losing bet.

Players can "surrender" to House by giving half of their bets, provided that the House's starter card is not the Ace card. The decision to "give up" must be done as soon as possible after 2 starter cards are distributed to players.

When the number of player cards is equal to House. Then both the player and House will be declared victorious.

When House gets an Ace card on the starter card and the player gets a "Blackjack", the player can ask to be paid 1-1 before the House gives additional cards to other players.

When the total value of the player's cards exceeds 21.


As the oldest casino game that has been played since the beginning of the 18th century, Roulette becomes the most famous game in the casino world, where you are asked to predict at which number the spinning ball will choose to stop.
An interesting game where the sensation is obtained from watching and guessing at which number hole, the Roulette ball will stop. Available in various betting options, different colored chips are used by players to distinguish one player's bet from another. 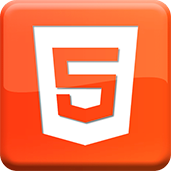 Play now in your browser
Region and Language